Cyberworld was one of the invisible pillars of democracy signifying freedom of speech and expression without fear of appraisal from the Govt agencies.  The move to muzzle the freedom of the blogging community through the IT ACT 2008 amendment calls for penalty of upto  Rs 3 crores or imprisonment upto to three years.


IF the law is passed there will be no whistle blowers, RTI activists, or seekers of punishment to wrong doers active on the forum.  Will the likes of  TWITTER, FACEBOOK, ORKUT, survive the draconian law proposed to be introduced.  Gone will be days of opening up your mind on these forums.  The blogging community will become another impotent tool being subject to intense due diligence by the law enforcement agencies.


I am afraid that the need for regulation should arise from the blogging community itself.  There should be an automous body like PRESS CLUB OF INDIA or BAR COUNCIL OF INDIA, which will decide upon the censuring, regulating content rather than being penalised by law agencies.  Reporting of in appropriate content should be referred to such independent body.  The body should be able to judge from the merits of the post.  The aim of the blogging community should able freely express against any wrong doing by whomsover without fear of reprisal.  Immunity should be provided against legal hassles.  An opportunity should be provided for the blogger in case of erroneous judgement, that he should either withdraw the post or apologise for the indiscretion or wrong judgement.  I invite suggestions from fellow and concerned bloggers to express their views on the the proposed draconian law against the bloggers.


Bloggers Call Content Regulation a Gag on Freedom Amended Indian IT Act which seeks legal position of intermediaries at the heart of controversy SRIVIDYA IYER BANGALORE A proposed government move to regulate content on blogs has ignited a firestorm of protest from the blogging community which is accusing the government of restricting free speech and acting like the guardians of a police state.At the heart of the issue is the Indian IT Act which was amended in 2008 to incorporate the much-needed changes to clarify the legal position of intermediaries or those who provide web-hosting services,internet service providers and online auction sites.However,the term intermediaries,for some reason,was also broadened to include blogs,though they neither provide the same kind of services like the ISPs nor have large-scale commercial interests.The law stated that the government should clarify the rules under which the intermediaries should function and the list of prohibitions applicable to them.The list was published sometime last month and comments were invited from members of the public,bloggers and other members of the intermediaries group.Intermediaries include web hosting providers which would include companies like Amazon,cyber-cafes,payment sites like Paypal,online auction sites,internet service providers like BSNL,Airtel etc.Blogs also fall in this category as networked service providers.The due diligence specifies that the intermediaries should not display,upload,modify or publish any information that is harmful,threatening,abusive,harassing,blasphemous,objectionable,defamatory,vulgar,obscene,pornographic,paedophilic,libellous,invasive of anothers privacy,hateful,disparaging,racially,ethnically or otherwise objectionable,relating to money laundering or gambling.Its a fundamentally flawed exercise.One has to keep in mind the nuanced role of bloggers.The government needs to understand the power of the blogging community, said Pavan Duggal,senior advocate,Supreme Court and cyber law expert.The blogosphere has to align themselves to the changes in the norm, he said.

Email ThisBlogThis!Share to TwitterShare to FacebookShare to Pinterest
Labels: blogging

Seems to be a perfect place to learn something new.. Here I can pick many things for my blog as I have recently created and its in progress. My blog is totally different from your blog. But still I want the admin to suggest me that how can I attract visitors to increase traffic. Have a look here, http://free-songs.org on my blog and do suggest me if there is any requirement for any change. I would be really glad and any suggestions would be appreciated. Thanks in advance!!!!

The reviews on products and services are based on personal experience and meant for sharing among my inner circle friends and wellwishers. The author does not intend to defame, degrade, denigrate, or destroy the reputation of the brand or organisation concerned. It is purely an intellectual exercise rather a research or thesis. In case of any objectionable or erraneous data or statement, the concerned may approach the author to undertake corrections or modifications. Some of the genuine suggestions furnished by the author for improving customer service can be incorporated with due acknowledgement. 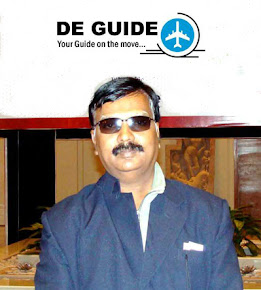 Musings and observations on current marketing scenario in the country. After having worked for leading brands such as Nutrine, KOF, Kurl-on, Hindustan Pencils, Corporate, Prestige, Pentel, Crystal cook & serve, Bell Ceramics, Sejal Glass, Commander, Gurind ACP & Dwaraka life has come a full circle. During the course of my assignments i had the distinction of liasoning with some of the leading advertising agencies such as Clarion, Mudra, Re-diffusion, Speer, Mass, etc. An ethical bend of mind is very essential for any individual to be successful. It is very easy to manipulate numbers by over invoicing, dumping, borrowing sales, etc. At the end of the day a right balancing act between primary and secondary sales is the key to marketing success. Startle, Rattle and Battle...leaders leap while others sleep. 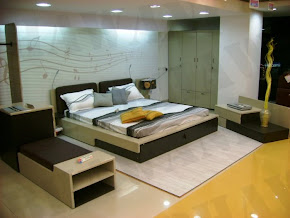 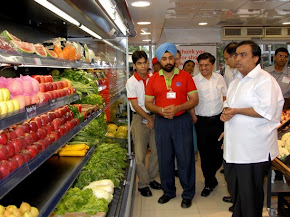 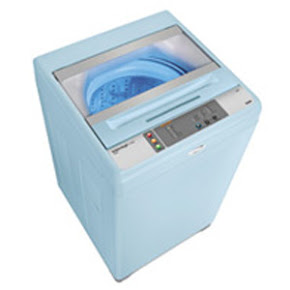 Deguide
Basically i am down to earth, take friendship to its logical end. It is my endeavour to create a wealth of co-operative ventures. Basically being a marketing man i have the acumen to spot winners. I am privileged to travel the length and breadth of the country, courtsey my father, who was with Indianoil, my employers such as Nutrine, Kurl-on, Hindustan Pencils, Prestige, Crystal, Bell Ceramics, Pentel, Sezal, Commander. Currently i am involved in Tourism, Booking Air Tickets, Agent for Jungle Lodges and Resorts Limited and Taj Group of Hotels and a numerous hotels across India. Depending on the needs of a traveller i would recommend the destination and accommodation best suited to their budget. Humour takes me on. Let us have a win win situation for all. I love travelling for sake of adventure, photography and discovering the heritage. Life is a journey and let us enjoy our drive. Come share your travel experience on indiabackpacker.